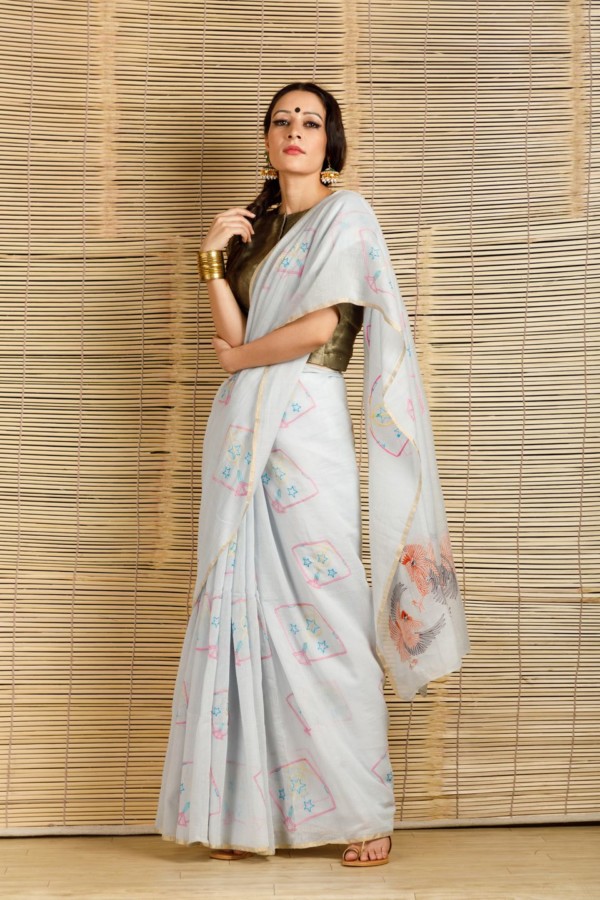 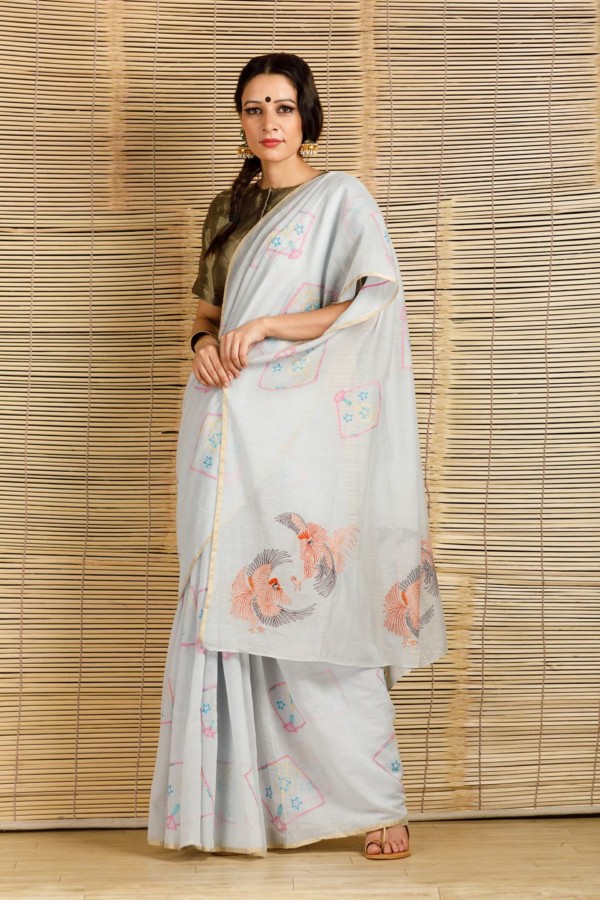 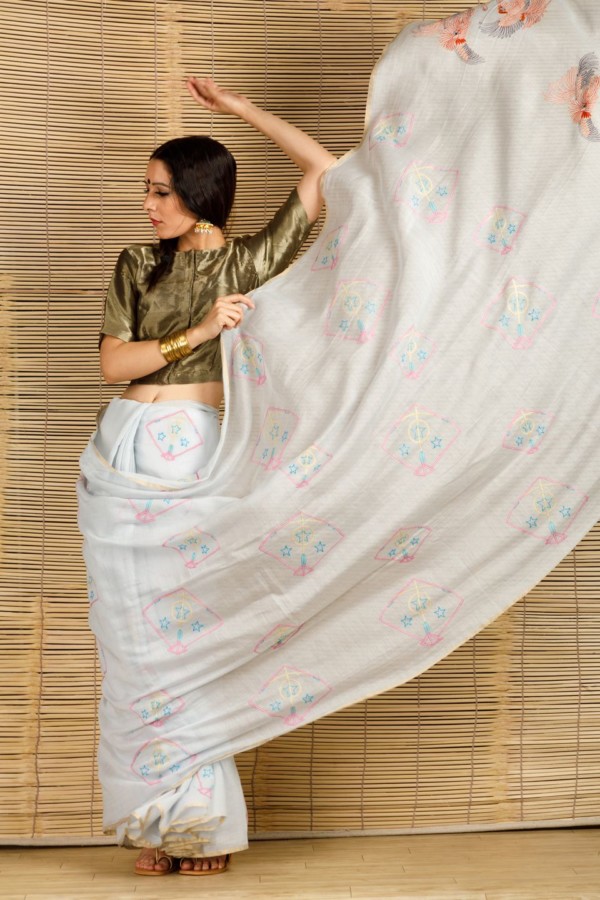 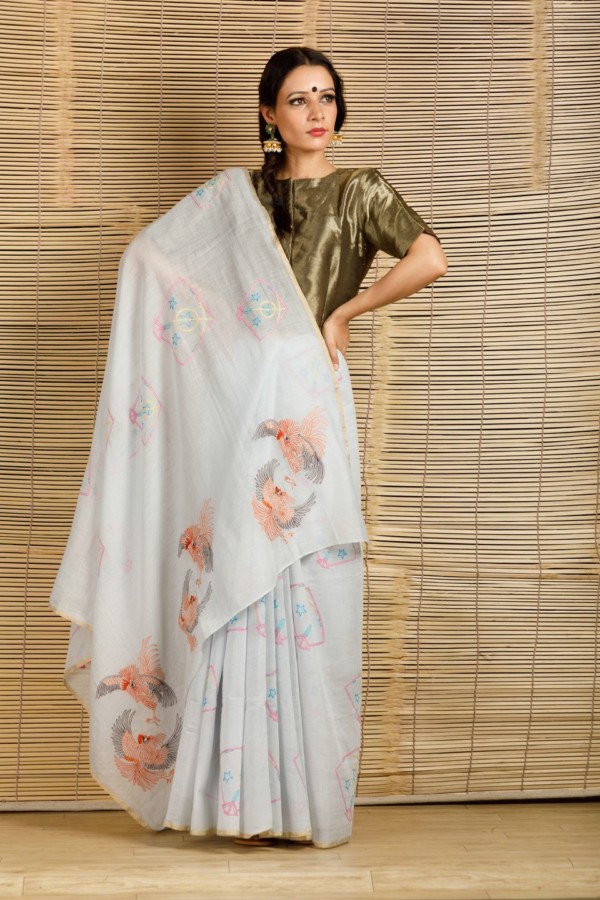 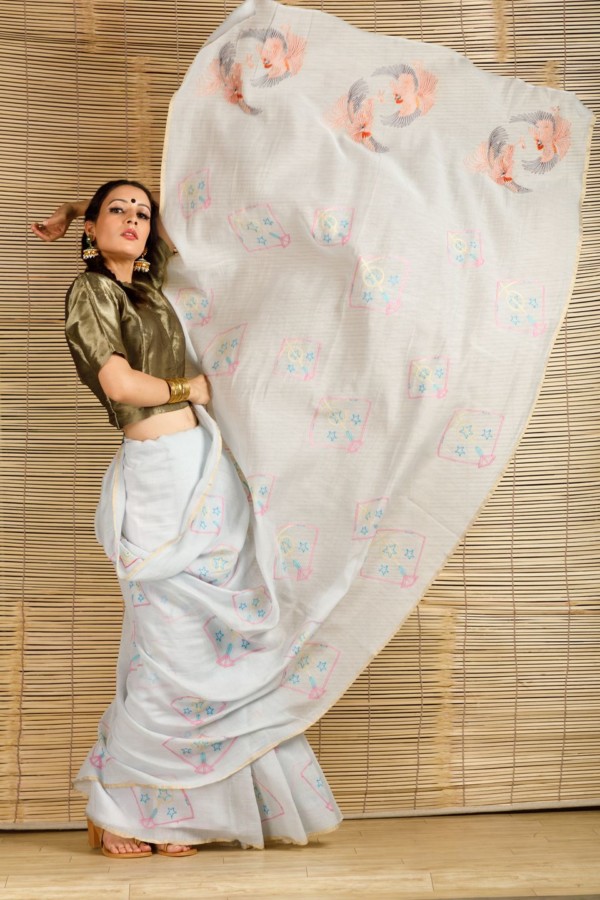 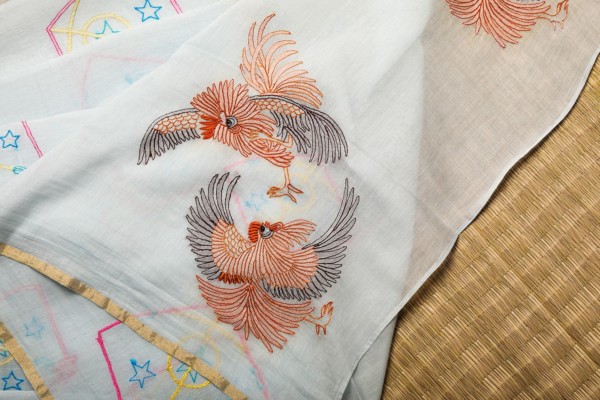 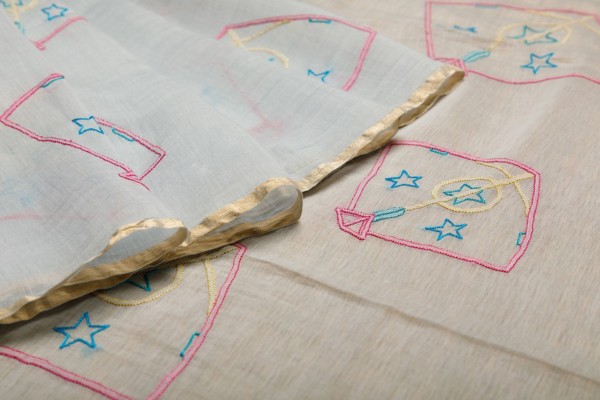 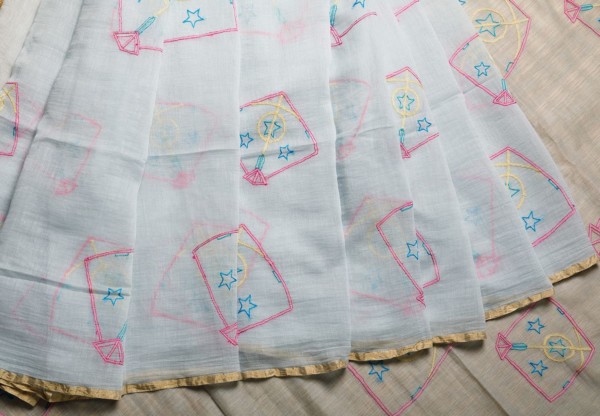 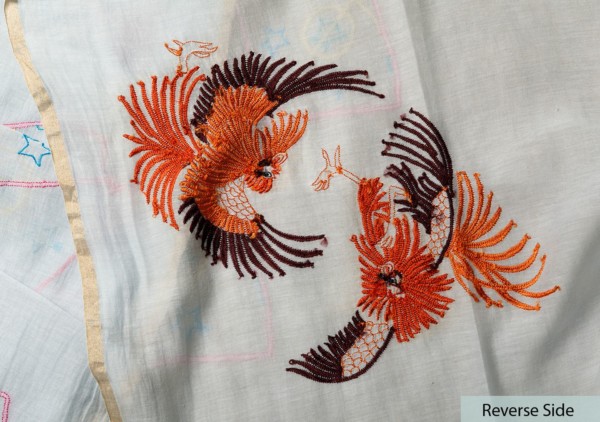 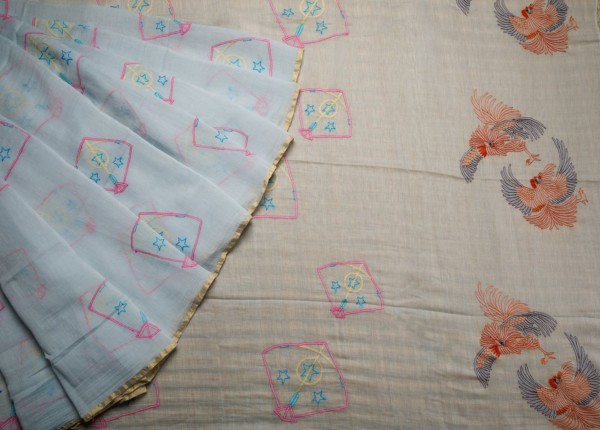 The Falaknuma Collective is a renaissance Collection of Awadh. We wanted to create Chikankari designs & motifs that celebrate the lost culture of erstwhile Lucknow. We wished to capture the innate iconography of Awadh by creating wearable art pieces that speak a story of an era gone by.

The literature, poems, songs, travel stories, cinema, history, all centred around Awadh,  came together as a part of Meiraas Research to create this Signature Collective.

Kite Flying & Rooster Matches were some of the prominent hobbies of Nawabi Royalty. Kite Flying is also a beautiful ritual that celebrated the different faiths presiding in one city of Lucknow, thus a harmonious & binding activity.

For this saree our team created the following:

1.) The Artwork was first conceptualised & tied in a cohesive theme.

2.) Once the idea was conceptualised, our team created some original artwork & also took some inspiration from artworks available online. This was later drawn by hand on a block of wood by Block Making Artisans of Lucknow, who added the star in the Kite for a truly authentic Awadhi look.

3.) The Artwork was then painstakingly engraved using 7 different kind of chisels, till the block pattern emerged. This was polished with peanut oil & dried in sun, ready to be used.

4.) This block was then brushed with Blue Dye & hand blocked on the fabric as per the design sensibility.

5.) The printed fabric was taken to our embroiderers who created this final masterpiece. Out of these, the Roosters were the toughest to make. Since they were native Roosters, we had to create them in different shades of Brown & Orange. Care was taken to use stitches that make the motif come alive & not look busy.

6.) The fabric used here was especially handwoven in Chanderi using a unique composition of Pure Mulberry Silk yarn & Mercerised Cotton. While most Chanderi is woven in the same composition, we differed the thread composition in Warp & Weft to create a cloud like soft and light, yet easy to manage fabric, suited for all weather types.

This saree befits a true connoisseur of Renaissance Wearable Art. 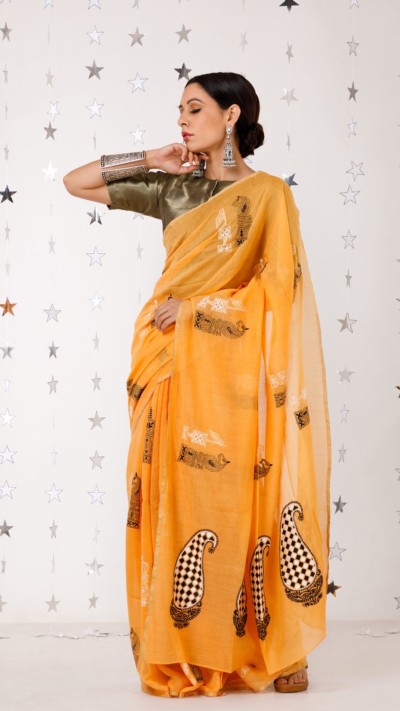 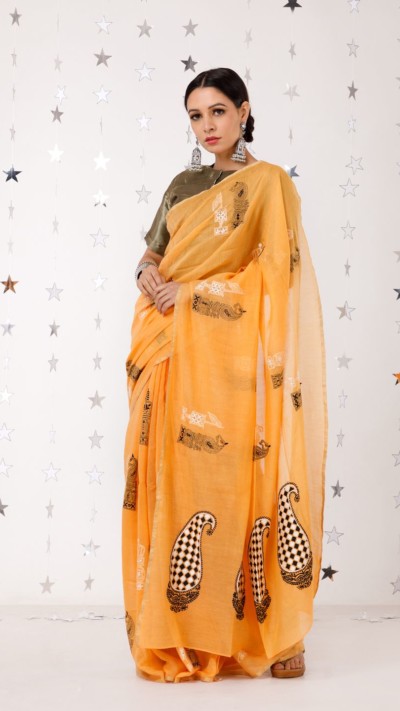 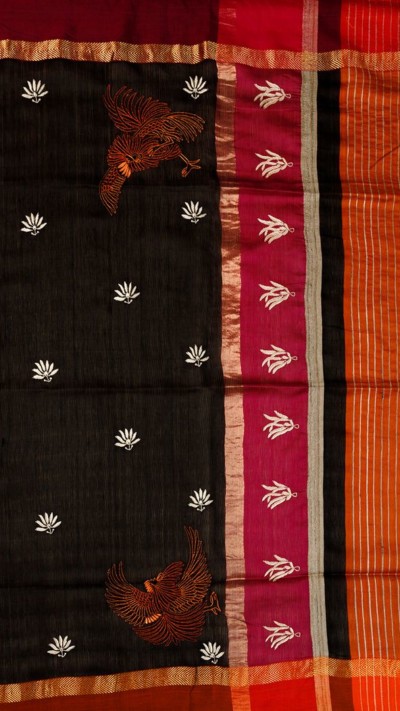 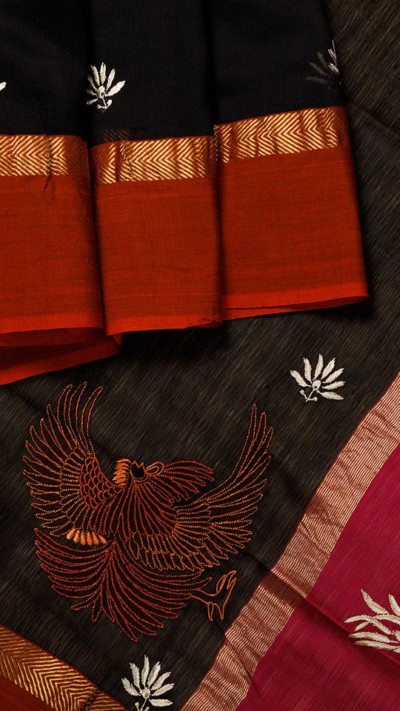 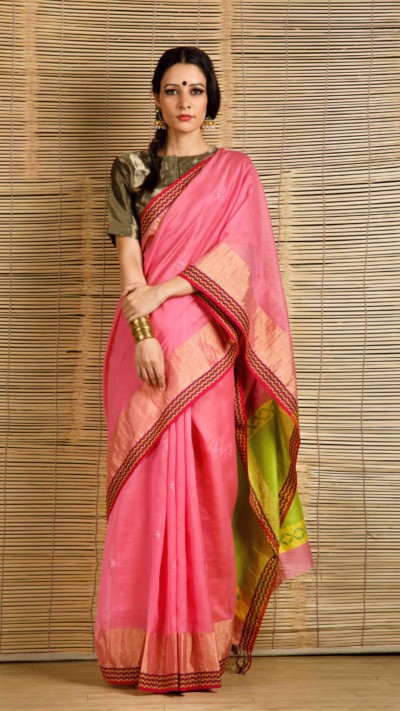 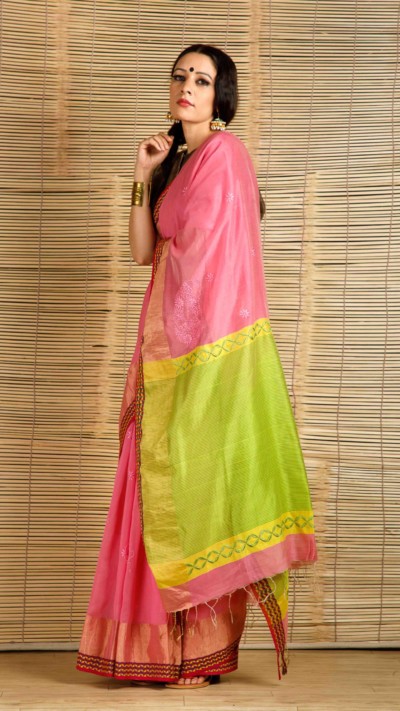 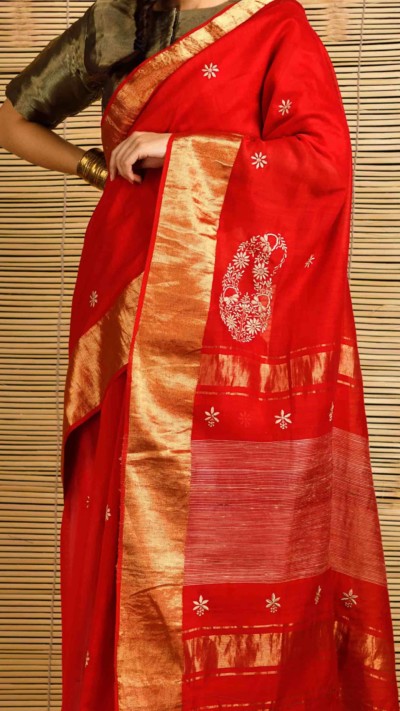 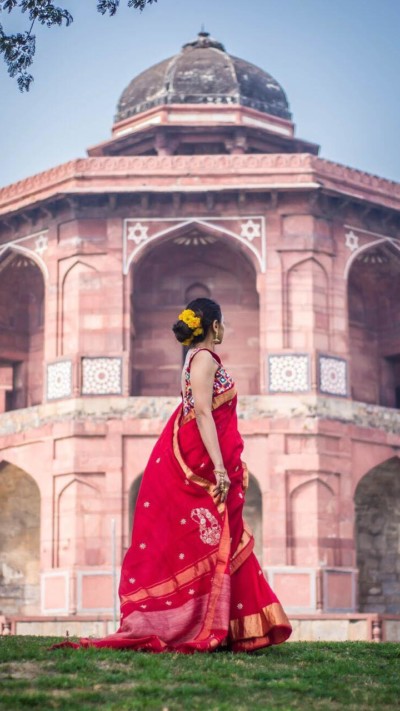 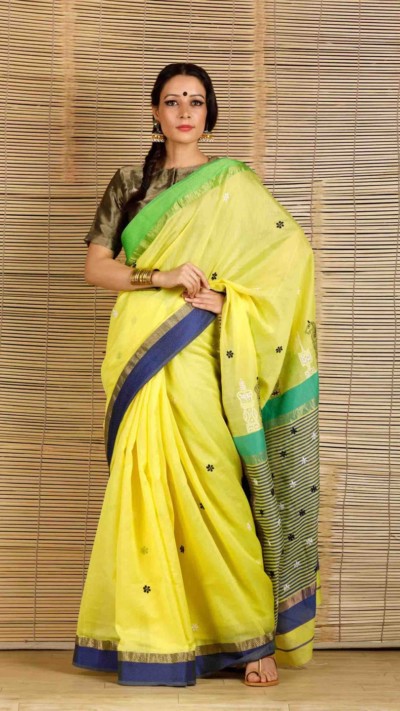 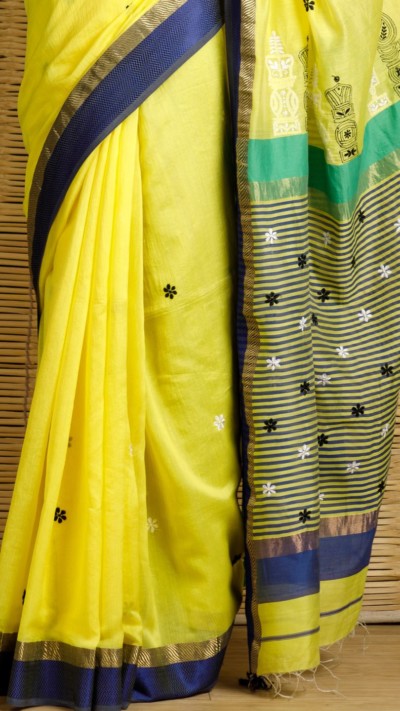 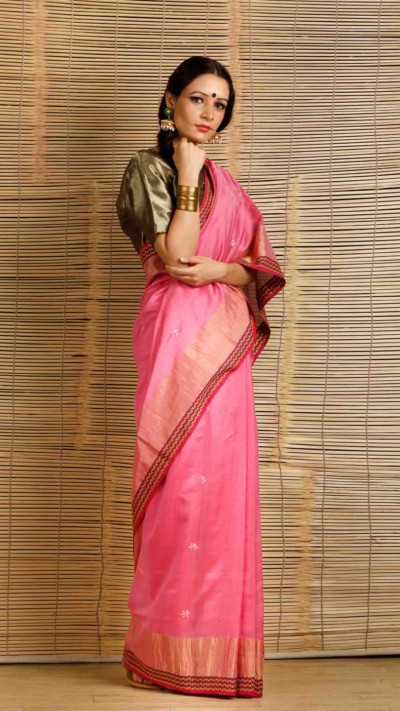 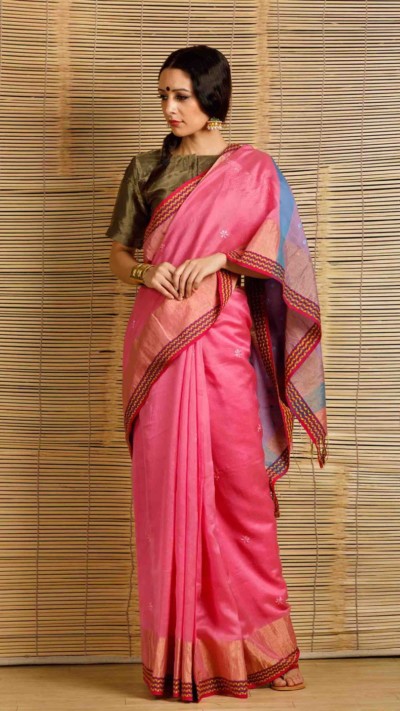 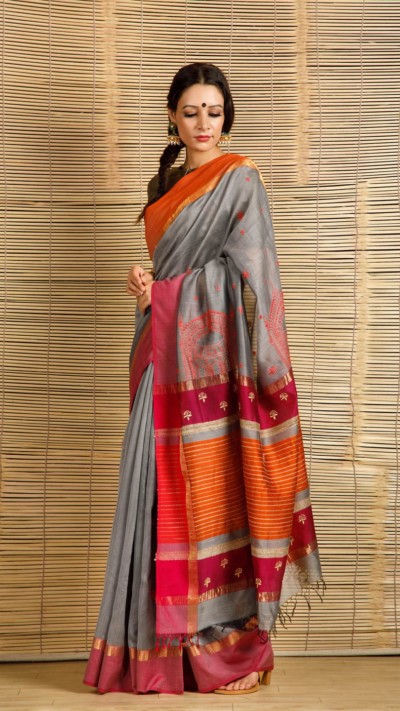 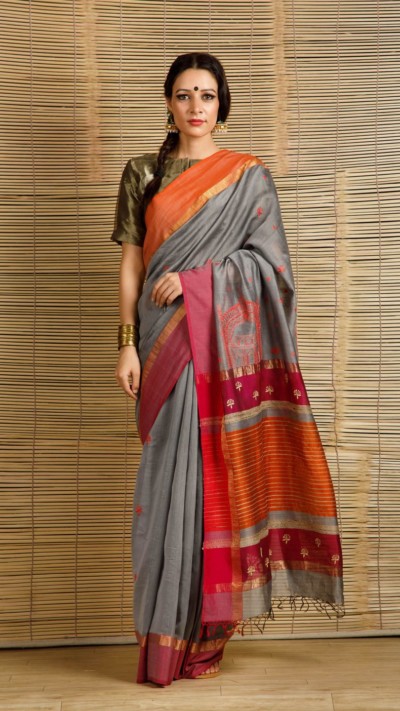 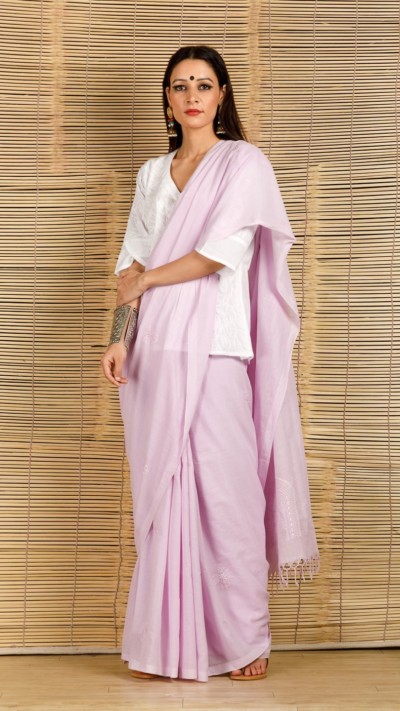 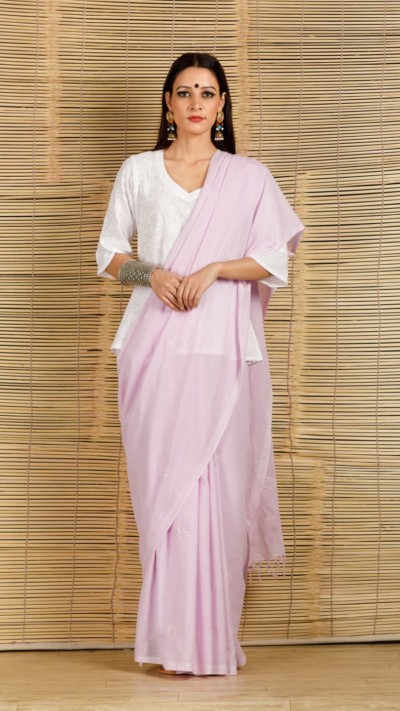 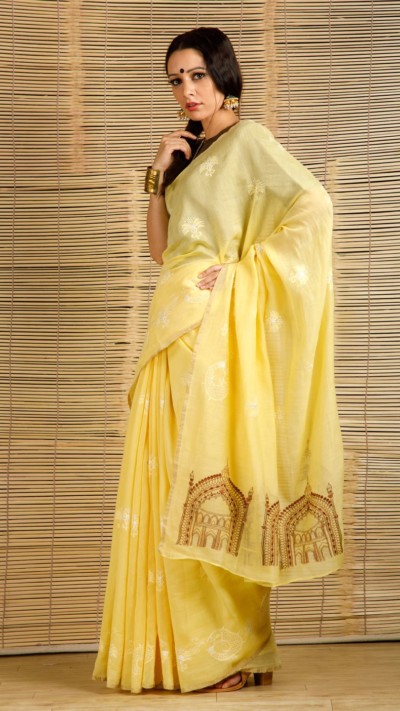 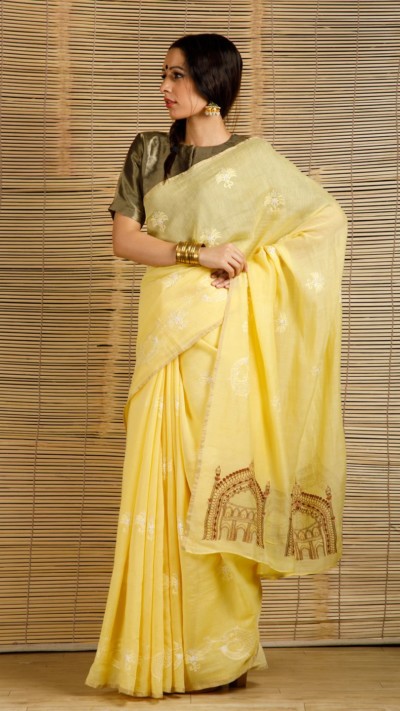 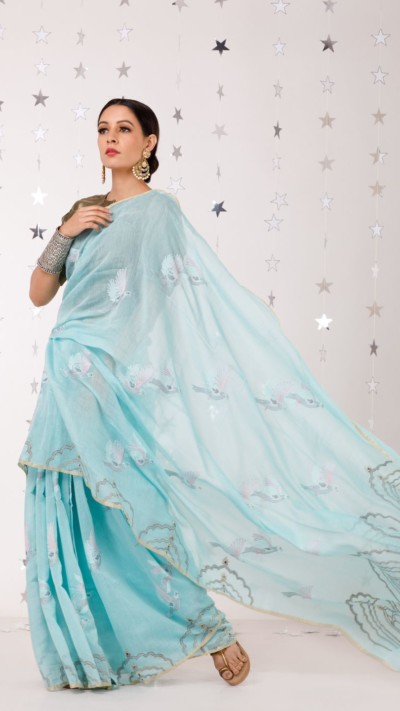 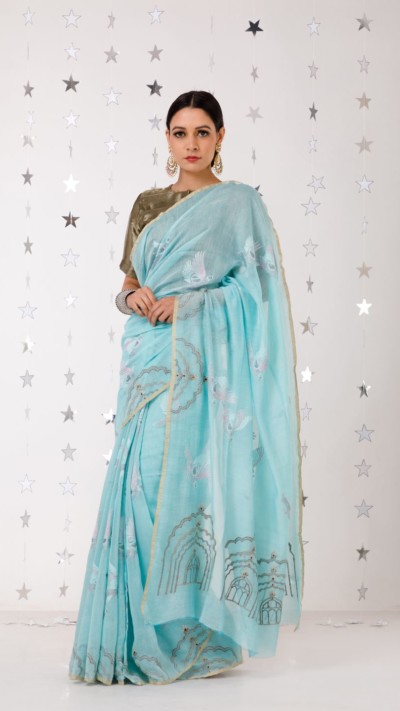 Gift your loved one a Meiraas Collectible